Features of traffic in Thailand

Mysterious Asia is no less amazing on the roads, in the traffic. However, there is no magical mystery here, and mystery is manifested in the sheer impossibility of predicting the next maneuver of the driver nearby. Traffic rules in Thailand, in Phuket are not observed at all, but instead of a weighty volume, the rules that do work here are… traditions. Let’s talk about this in more detail.

Characteristic features of traffic in Thailand

Witty foreigners appreciated the standard behavior of drivers on the roads of Phuket with the meaningful three letters – DDD (meaning “give way to the fool”). This is to mark the common disregard for at least some of the restrictions of the traffic rules by car or bike drivers. In Thailand, you can see driving on the sidewalk, and driving into oncoming traffic, practically head-on, and even with the “denial” of traffic signals. However, do not judge the local drivers strictly: they are not evil, they just… do not know the traffic rules in Thailand and Phuket, in particular (and some also cannot read)!

All over Thailand, like Phuket, there is left-hand traffic. The usual rule of “hindrance on the right” here is vice-versa – the “hindrance on the left”. Surprisingly, the locals respect it (probably just because this is the only rule young drivers are taught by those who already drive). From the first impression of the left-hand traffic, this feature is a little inconvenient for the “right-hand drivers”, but it just takes some getting used to.

THE FIRST AND MOST IMPORTANT FEATURE: if there is a car driving with the hazard lights on and at an exceptional speed, and also that the driver is not going down the road!…

In that case, there is no need to try to drive around such a car, and not even to offer help. Even the motorcades give way to these, because in Thailand a car with hazard lights on usually carries ladies in an interesting position who are about to give birth. Yes, it is not customary to deceive in this charming country – it is dangerous for karma. Like this…

Traffic in Thailand is sensitive. To survive in this entropy and without harming anyone, you need to be extremely careful, and most importantly, try to think like everyone else. The last one is the most dangerous!

But despite all the difficulties of driving in Thailand, many tourists use private transport there, because it brings a feeling of comfort and security from the outside world.

You can also rent a car in Phuket. Follow the link and find out what documents are required for this: 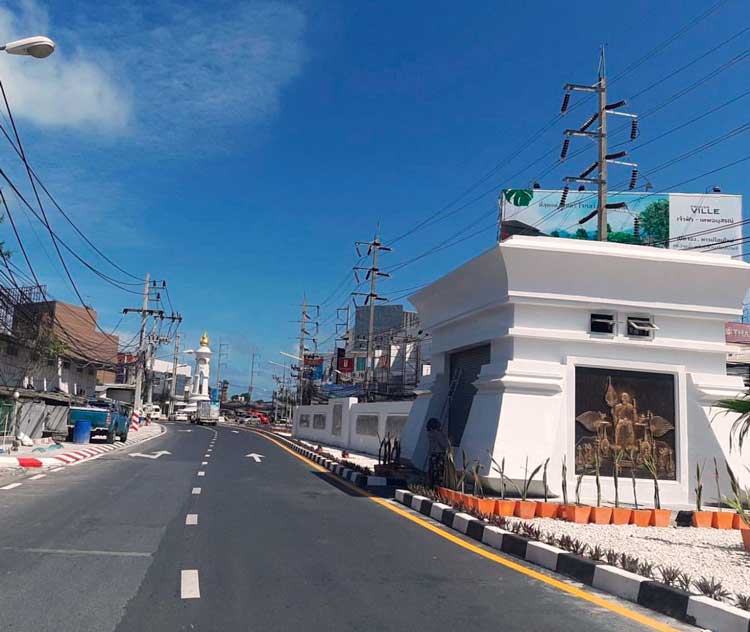